TTG-002 Connect 4 Instructions Win with 4 in a row

TTG-002 Connect 4 Instructions Win with 4 in a row 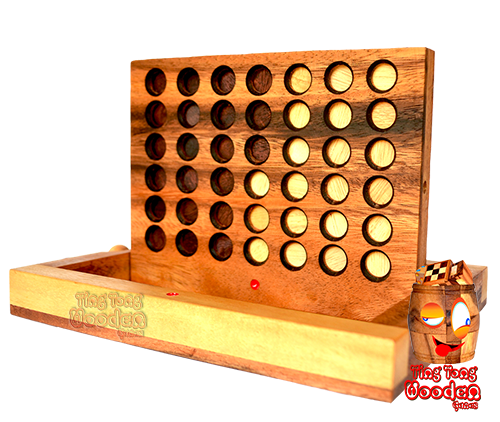 Rules of the strategy game Connect Four or win with 4 in a row.

In the strategy game Connect Four, 2 players try to put 4 pieces of their color in a row. The pieces are set alternately and whoever succeeds first to achieve a row of 4 pieces wins ...

A classic game that is really fun for everyone!
The game is played on a vertical, hollow, wooden device, into which players alternately drop their tiles into the top. The playing field consists of 7 vertical columns and 6 horizontal lines. Both players each have 21 identical colored tiles. When a player drops a piece into a column, it occupies the lowest available space in the column. Each player is represented by his color (for example brown for the first player and yellow for the second). It is played alternately. The goal of the game is to have four pieces of its color in a row. This row can be vertical, horizontal or diagonal. You can do this by putting the stones one after the other in the seven possible columns. The stones fall on the lowest possible free space d. H. either to the ground or to another stone. 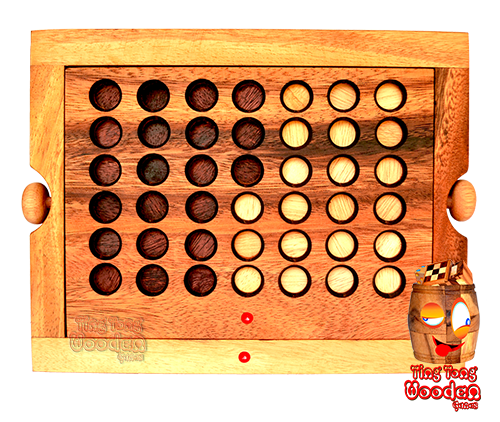 First, the game must be built. When opening the game, the two wooden pencils are pulled out of the wood to get the playing field out of the frame. The openings into which the tiles are later inserted are located on the opposite side of the red dot. Caution Caution The red dot should be down when the game is removed so the tiles do not fall out of the field unchecked. The pieces can then be checked out on the table and then distributed. The playing field, after being taken out of the frame, is put back into the frame with the red dot down so that the frame now serves as a foot. The two wooden pins are plugged as a backup back into the side of the frame. Each player places his pieces on his side of the field into the resulting shell and the game can begin. 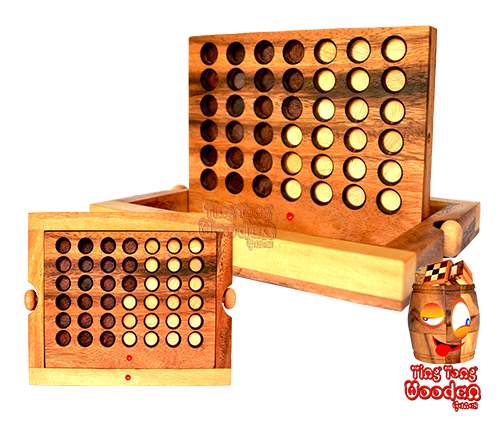 When the players have agreed who starts, the first player throws one (say, he has the yellow stones) stone into the field set up between the players. Then the second player throws a brown stone into the field at any point. Afterwards, each player has to throw a stone in the field alternately until all the stones are gone, or one player has reached a row of four. The game is over when a player has four pieces of stone vertically, horizontally or diagonally in a row, or no further turn is possible, as the playing field is full. The player who first manages to place four pieces vertically, horizontally or diagonally wins. If no moves can be made before a player has won, the game ends in a draw.

If you don't have the game yet, you can order it here. Click on the bag: 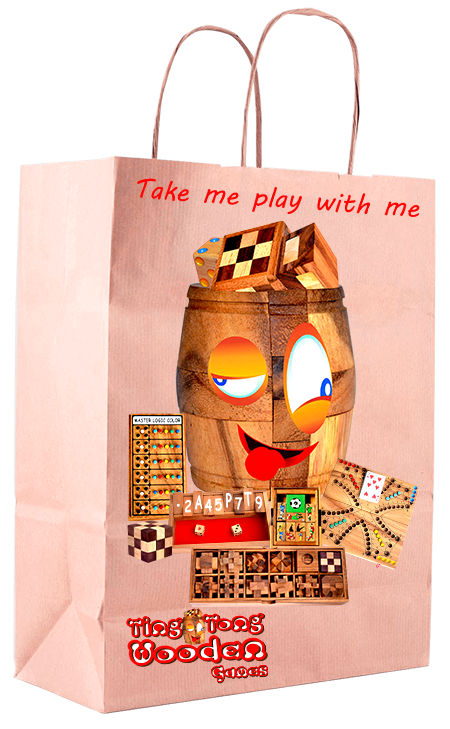 If your instructions or rules that you received with the game have been lost, you can download them again here or print them out as a PDF. 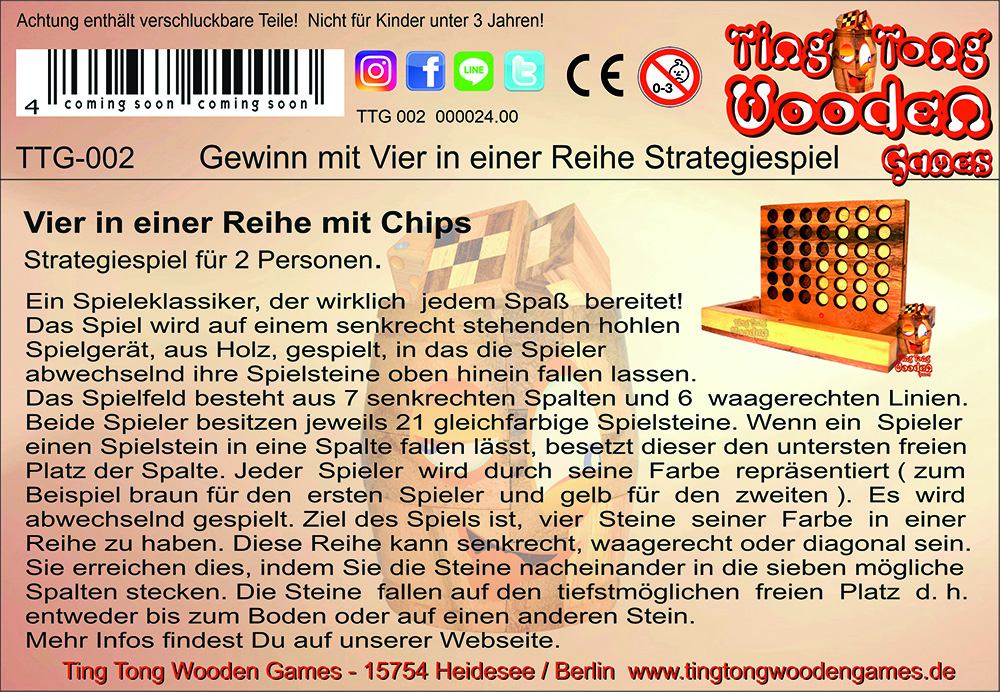 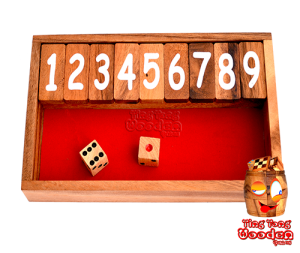 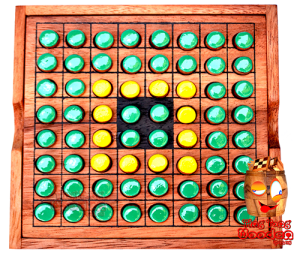 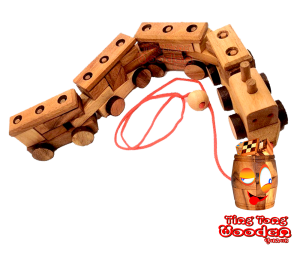 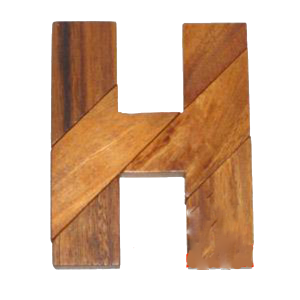